How to Deal with a Toxic Boss at work 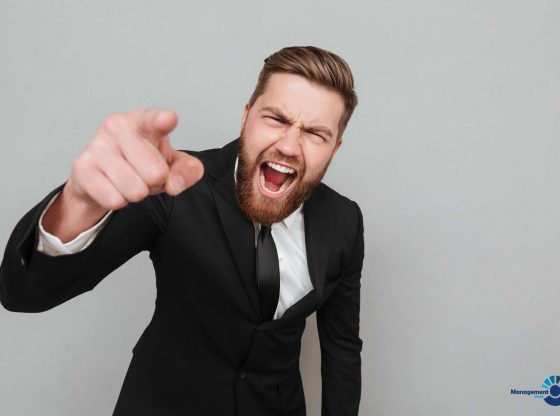 One in every five employees confesses that they hate their bosses – according to a survey of SPANA. The majority of them admit that their toxic boss is the single worst thing about their job. Many of them even complain that their career is spoiling due to their bosses. The reality is, many of the employees leave their job only because of their toxic leaders. But switching job is not the only solution. Because you may face a toxic boss in your next job too. So, it is better to learn how to deal with a toxic boss at work instead of leaving the job.

If you are working under someone who behaves in a bullying, combative, or otherwise toxic way, your work life is really on a devastating path. You may already be thinking to switch your job. But leaving the job may not be the best solution. It can turn even worse if your next boss is more awful. Therefore, you better learn how to deal with a terrible leader. Here are the 8 ways of working effectively under a toxic boss for your help –

Be flexible, competent, and disciplined

No matter how toxic the work environment is, flexibility, competence and discipline will help you to succeed. The best way to deal with a combative boss is to be flexible. A tyrant boss does not like reluctance. She expects his or her subordinates to do everything they assign. So, when you are working under a toxic boss you can not say that “I’m not doing this because it is not my responsibility”. But, while doing this you must be aware of your interest and areas of expertise. You should not spend most of your time doing the tasks you are not interested in. Moreover, competence and discipline will not allow your boss to tyrannize you even if he wants to.

To deal with a toxic boss at work, emotional intelligence is the key. You should learn what to say and how to say when you work with a negative leader. It will help you not to be offended or upset. A toxic boss never misses a single chance to criticize his or her subordinates. So, take criticism positively. No matter how worse the situation is, be positive and calmly look for the solution. Instead of being stressed, be positive and keep trust on trust yourself. Most importantly, don’t allow yourself to become too angry or upset, or jealous.

Acquire as many skills as you can

Give your boss partial credit of your ideas

Be patient, it’s not forever

Most of the time, an awful leader can not stay at a company for long. As they are hated by most of the employees, they fail to produce the expected result for the company. Therefore, they are replaced. So, if you are currently dealing with a toxic boss doesn’t mean that you have to face this forever. Sooner or later it will be ended. So, be patient and focus only on your work. Sometimes, taking no steps against a toxic boss at work is the best way to deal with him.

If you feel exhausted about your job don’t hesitate to talk to your boss. You can start the conversation in an informal way any and try to express your feelings positively. While giving feedback you should not focus on what wrong happened in the past rather you should illustrate what you want to see in the future. Another important aspect of constructive feedback is it should be not threatening. Your feedback should not be about the person but about the action. However, the essence of your feedback should be an explanation of how do you see the situation and what you want to see in the future.

If you want to deal with a toxic boss at work, the best way is to keep your sanity intact. Don’t gossip with others about the negativity of your boss. It will spread more hatred around your workplace as well as in your mind. Also, every toxic boss has some obedient subordinates who bear all the news to him. So, if you gossip about your boss it will not be unknown to him and an awful boss can not tolerate any criticism. So, keep yourself as far away as possible from gossiping.

If you have already endured a lot but nothing is changing, it is time to take your decision. If you work in a toxic environment for a long time it will have a negative impact on your emotional and mental health. So, if you are certain that your efforts will not be enough to change the environment you should leave. Because sometimes it is easy to find a new job than fighting to survive in the existing one.

Similar blog like this, “How to deal with office politics on an individual level”

On a final note, don’t feel broken thinking about why the organization is tolerating toxic people in a leadership position. You are not alone, facing this kind of problem. They are everywhere. The reality is, these types of dysfunctional leaders are adept in political maneuvering, blaming others, and manipulating people’s emotions. Therefore, they can convince the hiring manager, especially an inexperienced one, with their charming personality. But they don’t last long. They are replaced as soon as their dominating behavior reflects on the team performance. So, if you are facing one right now, it doesn’t mean that you have to face it forever. So, be patient and use your interpersonal skills to deal with the toxic boss at your work until s/he is replaced.