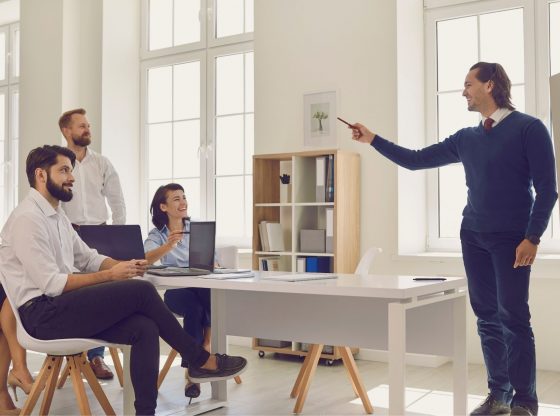 Within the last century and a half, the manufacturing industry has undergone a radical transformation. Once an almost exclusively human-driven industry, it has now become an almost entirely automatized one. This has immense implications for how we work as a society, but it’s especially significant for businesses. The automation of manufacturing has given rise to what is known as Taylorism in management.

What is Taylorism in Management?

Taylorism is the practice of applying scientific management principles to the workplace. In a larger sense, Taylorism is about ensuring that the appropriate people, right skills, right position, right task, right time, the right equipment, and suitable supervision are in place for a given work. For a company, this refers to optimizing employees for their tasks, positions, and roles. Workplace Taylorism, on the other hand, is a method of organizing and structuring work so that employees may accomplish their tasks as effectively as possible. It’s all about putting in place processes and systems that make people’s tasks easier and more efficient.

In Taylor’s view, factory management was responsible for determining the best method for a person to execute his or her job, providing the necessary equipment and training, and providing incentives for successful performance. He divided each job into its component parts, evaluated them to see which were critical, and timed the employees with a stopwatch. With superfluous motion reduced, the worker became significantly more productive by following a machine-like routine. Also, see production management and time-and-motion analysis.

Taylorism and the Rise of the Industrial Age

Taylorism is a strategy that is often connected with the industrial era. The technique, concepts, and methods have progressed from the traditional to the scientific management to the modern phase. By adding scientific characteristics of constructing patterns and disciplines into project management, Taylor, the founder of scientific management, brought a revolution to the 20th century. Taylor’s groundbreaking book, “Principles of Scientific Management,” was published in 1911 and completely transformed the early 20th industrial sector. By systematically analyzing worker behavior, subdividing tasks into smaller units, and scientifically investigating and finding the right training format for workers’ maximum production output, Taylor formalized the rule of thumb and transformed them into the science of management principles in his book.

Taylorism theory believes that workers should be handled like machines, with direct supervision over each worker required to keep production running smoothly. Consider how you conduct yourself on a daily basis. Does it take a lot of work for you to complete all of your tasks? Previously, this type of job was done by hand by people who were able to devote the time required to complete it effectively. By decreasing worker time and effort, Taylorism theory helps to increase workplace efficiency. With time, this concept spread across society and was used in a number of sectors, including engineering and social sciences.

How did Taylorism enter management?

Taylorism originated with F. W. Taylor, an English engineer who was known for promoting scientific management. In early 1911, when measures were taken to adopt scientific management at the government-owned Rock Island Arsenal, Samuel Gompers, the founder and President of the American Federation of Labor, was opposed (an alliance of craft unions). When the government’s Watertown Arsenal foundry attempted to implement the bonus system in the summer of 1911, the whole workforce walked out for a few days. Following congressional inquiries, the use of time studies and pay premiums in government employment was outlawed. Taylor died in 1915 at the age of 59, leaving the movement without its founder. In today’s management literature, the phrase “scientific management” largely refers to Taylor’s and his disciples’ work (“classical,” suggesting “no longer current, but nonetheless acknowledged for its foundational worth”), as opposed to newer, better efficiency-seeking methodologies. In today’s industry, task-oriented optimization of job activities is practically widespread.

How to Apply Taylorism in Management

Taylorism is a theory that was popularized by Frederick Taylor, a labor leader and engineer. The theory states that to be productive, workers need to be organized into lines, and each worker needs to be assigned a specific task to perform. This allows everyone to work at the same speed, which reduces errors and ensures high productivity.

Taylorism is a theory of management in which workers are assigned specific, repetitive tasks and are graded on their performance through close supervision rather than the traditional management systems of the day. In a Tayloristic organization, roles and responsibilities become highly defined.  Here are the 4 principles of Taylor’s scientific management –

1. Science Instead of Rule of Thumb

This rule focuses on boosting an organization’s efficiency through scientific work analysis rather than the “rule of thumb” strategy. Even a simple task like putting paper sheets into boxcars, according to Taylor, maybe scientifically organized. This saves both time and human energy. This choice should be based on scientific analysis and cause-and-effect correlations rather than a “rule of thumb” approach in which the manager’s personal judgment is used.

2. Assign Jobs Depending on Skills

Rather than allocating people to any unfilled position at random, analyze which ones are most capable of each task and teach them to operate at maximum efficiency. In today’s management system this art of delegation is the key to efficient leadership.

It is related to ‘Harmony, not Discord,’ in that it promotes mutual cooperation between workers and management. Managers and employees should work together and have mutual trust and goodwill. The primary goal is to replace internal competition with collaboration and establish a positive relationship between the leaders and followers.

Evaluate your employees’ efficiency and, if necessary, provide more training to ensure that they are functioning efficiently.

What are the Benefits of Taylorism in Management

The term Taylorism comes from “oda”, meaning straight or perfect. This is because the goal of his technique was to “produce perfect work”. Why should you care? It’s important to understand the benefits of this because it can help you get better work out of your employees and it can lead to a more efficient operation. Here are some benefits of Taylor’s scientific management-

1. Minimize the Cost of Production

It boosts output by utilizing mechanization and cutting-edge technologies in the manufacturing process. The cost of production per unit is significantly decreased as a result of large-scale production.

3. Benefits of Division of Labor

The benefits received from the division of labor are ensured by the scientific management principle of specialization. The task is simplified and completed in the most cost-effective and efficient manner possible.

Scientific management assists in the development of good collaboration between management and labor, resulting in pleasant and harmonious interactions between the two parties. As a result, there are fewer workplace disputes and more industrial peace. F.W. Taylor coined the term “Mental Revolution” to describe the process of gaining deep understanding, mutual trust, and confidence between labor and management.

Higher production is the goal of scientific management, and employees are paid more. F. W. Taylor proposed a differential incentive strategy that would reward productive employees with higher compensation. The increased salaries serve to raise the workers’ standard of living.

In the late 1800s, Taylor was trying to figure out how to get more work done with fewer people and got to the conclusion that there were two ways to do this. He completed one of the most important scientific studies about management ever and came up with the idea of “scientific management.” The techniques were designed to improve production and efficiency, but they also played a key role in shaping the modern workplace. Scientific management ideas have proven to be effective in a variety of situations, with only minor drawbacks. However, it is still regarded as one of the most famous concepts that contributed to the development of the contemporary management system that we see today.

Post Views: 236
Leaders and Followers Relationship: What It Means, And Why It Matters
What is “Change Talk” in Motivational Interviewing