What’s the difference between a leader and a boss 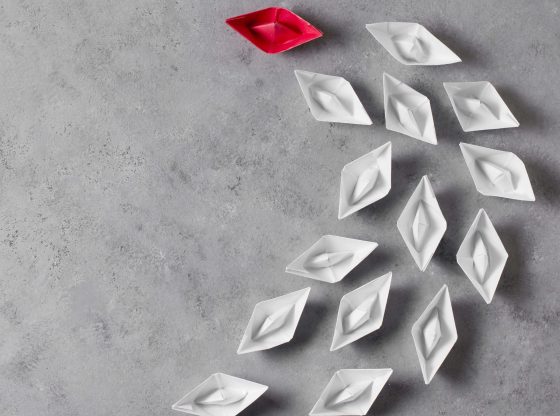 Good leadership is very crucial for achieving any common goal. Lots of business initiatives fail due to inappropriate leadership. A leader is a person who leads others to the forefront. On the other hand, a boss is someone who always focuses on ensuring outcomes by follow-up and pressure. A leader always takes care of the mental and emotional health of subordinates. But a boss always put some extra pressure on their subordinates’ mind. If you want to identify the features of a leader and a boss inside you, do not skip this blog. Because here you will get a detailed insight regarding the difference between a leader and a boss.

Difference between a leader and a boss

Boss get the work done, Leader make his team good at work

A common characteristic of bosses is that they try to get the work done by putting pressure on their subordinates in a bullying, combative, or otherwise toxic way. They do not provide enough scope to their subordinates for necessary skills development. On the other hand, a leader works to develop the relevant skills of his associates. They believe that the development of skills enhances the success of any work. Therefore, they invest in their team so that they can develop the necessary skills.

The art of delegation is the key to leadership. Bosses do not delegate authority. They only assign tasks to their associates. They want to keep all the power and control in their hand. As a result, subordinates can not make any decisions while performing their tasks. Even on a small matter, they have to wait for the instruction of their boss. Contrastingly, a leader empowers his team with decision making authority. Leaders believe that employees should be given enough authority that they need to perform their assigned tasks. They trust that decentralization of power and authority accelerate the progress of work. So, they not only delegate the tasks but also empower their team with decision-making authority.

Bosses do not have trust in their team. Therefore they monitor every tiny detail of their subordinates’ work. Micromanagement is their instinct that sometimes destroys the team—[Read a similar article – How Micromanagement Destroy Your Team]. A boss does not allow his subordinates to implement their knowledge and expertise while doing their work; instead, he expects the subordinates to perform the tasks according to his prescribed way. Oppositely, a leader trusts his team. He only focuses on the end results and allows his team to perform the tasks in their own way. It helps them to apply the knowledge and expertise that they achieved from long years of experience by doing the same thing.

One of the main characteristics of bosses is they exercise power to frighten their subordinates. They use threats, criticism, penalties, and rude behaviour to get things done. They do not try to build a positive work environment. Their aim is to put as much pressure as possible on an employee until they leave. On the other hand, a leader works to make employees happy and productive. Their aim is to inspire employees to make a long term relationship with the organization. They collaborate with the employees with an expectation that employees will develop positive emotions and feelings towards the organization.

People often confuse leadership with management. Good management is needed to be a good leader, but there is still a big difference between a leader and a manager. A manager manages his team by following the organizations’ rules. But a leader sometimes goes beyond the conventional rules to ensure better outcomes. A manager inspires his subordinates to develop necessary skills and knowledge. On the other hand, a leader creates a new leader. Managers monitor the progress of their team but leaders work as a mentor for their team. The areas of a manager’s work are bounded by a certain boundary. A leader has no boundary of his work. Manager’s thoughts always revolve around certain limits. Leaders always think outside the box.

However, a whole article can be written on the difference between a leader and a manager. But today it is not our main topic. Since the topic is related to our main content, here we have provided a little idea about it.

Efficient leadership is the key to the success of a team effort. But many times, leaders behave like a boss. They only confined their activities within controlling and monitoring. According to statistics, 57 percent of employees leave their jobs due to their boss. It affects the entire team. So, a leader should be aware if he is behaving with his subordinates like an irritating boss. As a leader, you should act as a mentor and guiding star for his team instead of acting like a control freak and toxic boss. Please let us know your opinion on this article.